Riders In the Sky 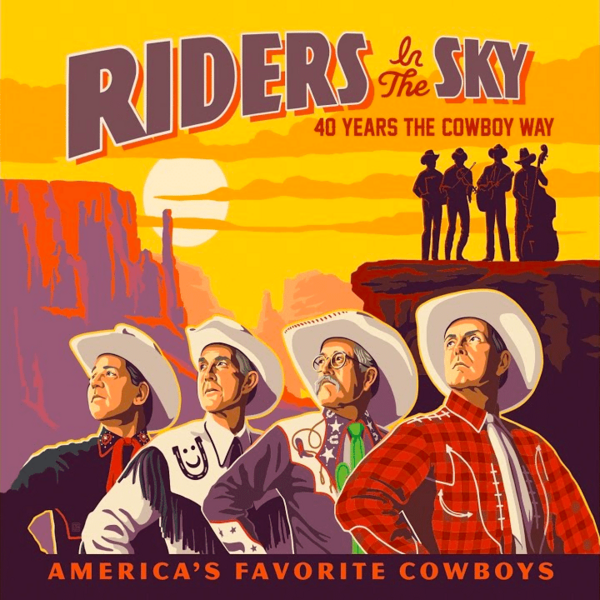 Our 41st album, 40 Years The Cowboy Way, contains 15-tracks including classics like Marty Robbins’ “Big Iron” and new, original Western songs. We love this album and we bet you will too.

Riders in the Sky

40 years ago, Ranger Doug, Too Slim and the late Windy Bill Collins played that first date on the bitter cold evening of November 11th, 1977 at Herr Harry’s Frank N’ Stein Rathskeller in Nashville, and small listening room dates followed. By August of the following year demand was building, and while Windy Bill left, Woody Paul joined, and the true professional beginnings of the band began at the Kentucky State Fair, where the trio played 10 days for $2500 - and bought their own rooms and meals out of that!

Our best-selling 40 Years the Cowboy Way T-shirt now available in Vintage Black. “My, that art pops!”—TSlim. Features the “Cowboy Way” shaking hands logo on the back.

A five color screen printed art on a red 5.6 oz. cotton shirt. This classic fan favorite was designed by Jay Peterson. Join the herd and wear the Riders In The Sky brand!

Singing in the Saddle: Award-Winning Book

Back in print by popular demand, Ranger Doug's award-winning, seminal work chronicling the history of the singing cowboy: "Singing in the Saddle."